Last week I looked back, and this week, I stumble forward into Warhammer 40k.

Picking a single faction to collect in 40k was, for me, fairly challenging. Do I stick to my lasguns and start up the Imperial Guard again, just as I tried over twenty years ago? Do I take my love of Mad Max style vehicles straight to an Ork list full of ramshackle bombs with wheels? Does my love of Slaves to Darkness translate into a Chaos Marine army? Do I just stick to Death, I mean Necrons, as it’s a familiar concept and I’m pretty good at painting the same model 80 times? I went back and forth between a handful of armies until I saw this thing: 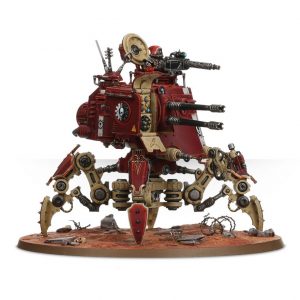 Just look at this glorious, goofy thing. In a world of GRIM DARKNESS and 32 nearly identical tanks, these strange walking gun platforms stand out just by the sheer wackiness of its design. Seriously, it looks like a Jawa took some leftover AT-AT bits and made a nightmare. Not only that, it also reminded me of another love of mine that combines science fiction with irreverence. 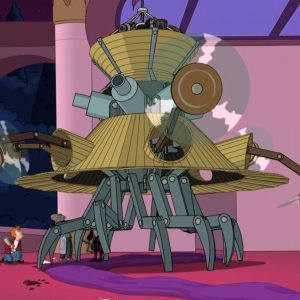 And thus, the lost Forgeworld of Davincius was born. Because if there was one decision I made and stuck to about this army, I was not painting everything red. I’ve always preferred custom paint schemes to the GW suggested ones anyway, so the I made the choice to roll with something a little more verdant. Which is ironic considering these guys are going to be very, very irradiated. As of today, I’ve base coated and thrown some green on most of the Vanguard, with one finished test model proudly ready to reclaim as many Palm Pilots as possible. 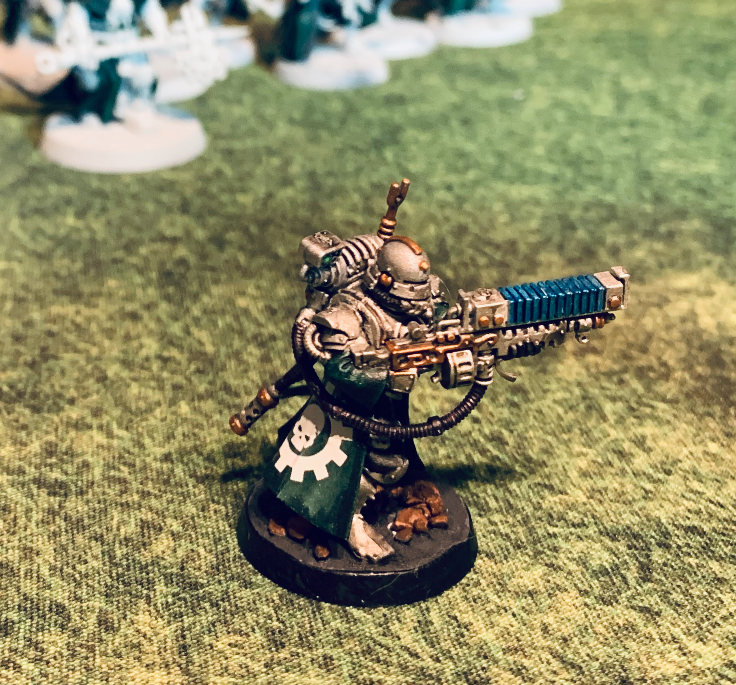 As we’ve all agreed not to netlist or Win At All Costs during our learning process, every model I add to my force is almost entirely based on the Rule of Cool. Our first checkpoint is at 30-ish PL (which we’re using to help skip the minutia of list building until we’re all comfortable with it), and as such, this is the beginning of my strike force. No Dunecrawler yet, mostly because I envision this first wave to be more of a scouting force on the alien terrain of Celestos…the big guns show up later. 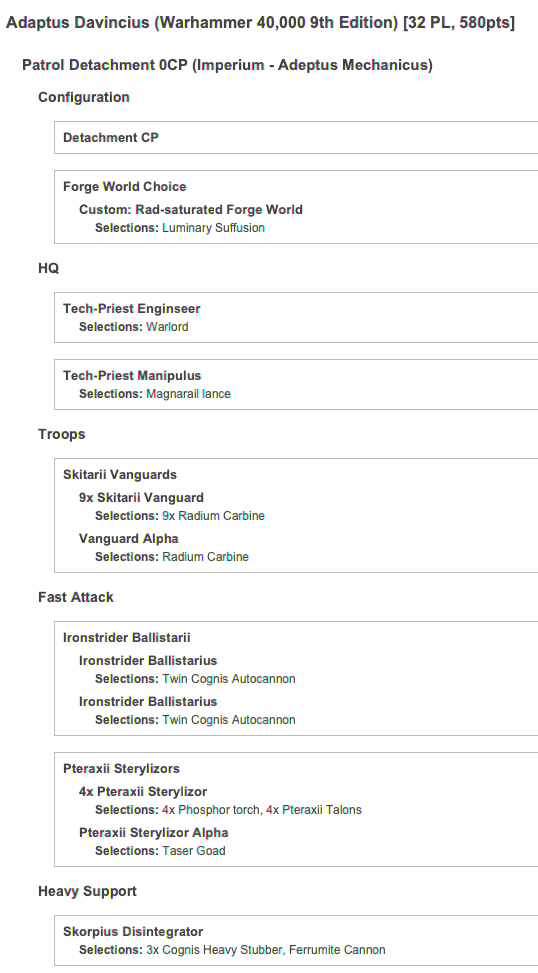 I’ll be back in a week with, hopefully, some more fully painted models to show off!