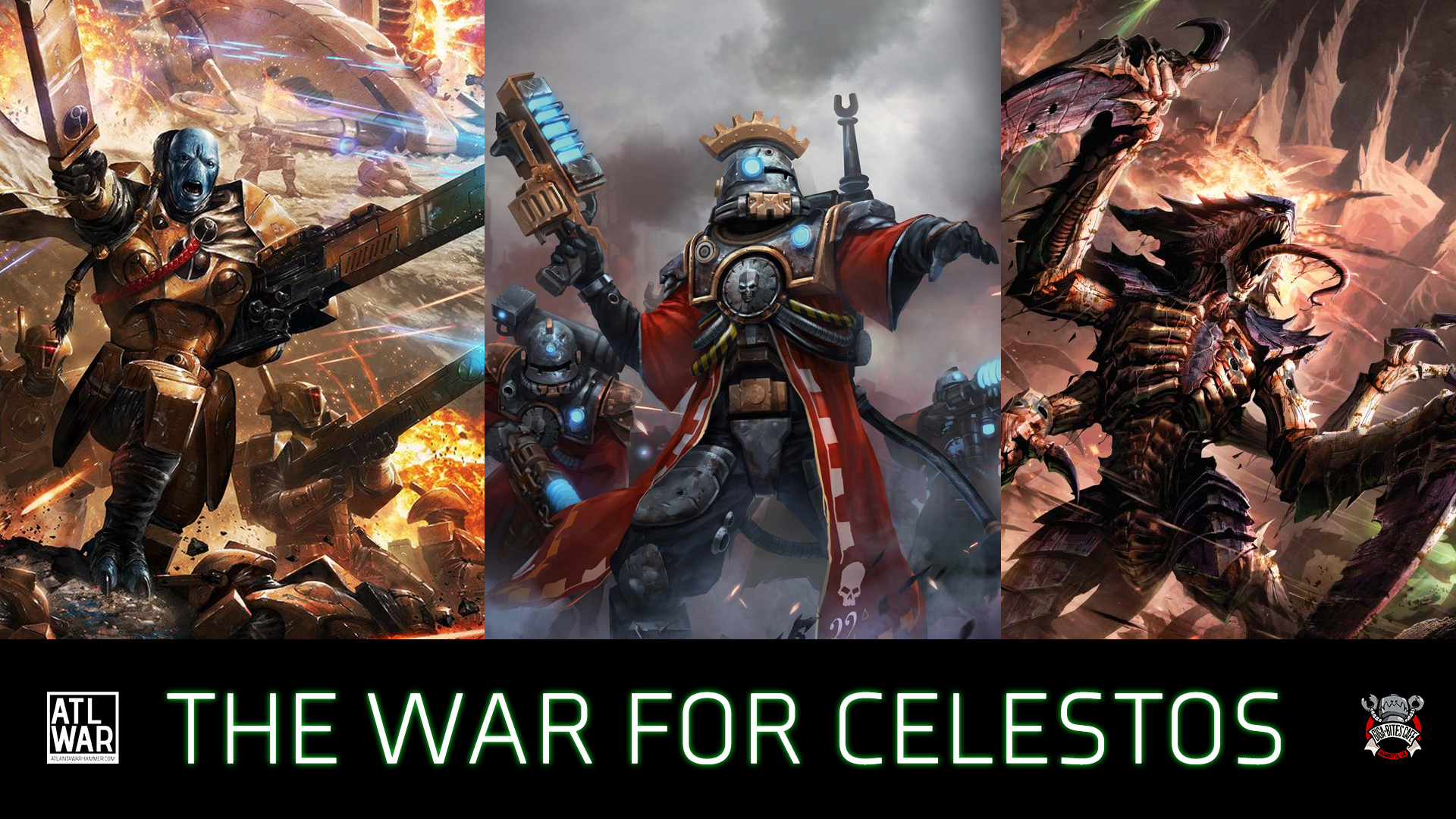 We thought we were out, but they dragged us back in.

With the 9th Edition of Warhammer 40,000 finally in the wild, the intrepid Atlanta Warhammer team is diving headfirst into a game that they haven’t played in over a decade! After all, if we’re already terrible at one Games Workshop product, why not two?

The War For Celestos is a semi-homebrew campaign that will see each commander compete for resources, territories, and those all-important victory points. We say ‘semi-homebrew’ as the campaign will be almost entirely narrative and utilize the battle plans presented in the Indomitus Core Book. We aren’t confident enough to make up custom scenarios…yet.

So join us as we blunder our way through an entirely new rule set and game, all while making laser sounds at each other! Each General has a blog below to keep track of their progress, lore, and assorted ramblings. And as soon as we’re all allowed around each other again, you’ll be able to watch our battle reports semi-weekly!