The Ten Most Horrifying Models in Age of Sigmar!

Happy Halloween! Dressing up in a scary costume probably doesn’t seem as fun when your daily life is full of ghouls, ghasts, and maniacs wearing their own face as a belt. So to celebrate the horror of the Mortal Realms, here are our picks for the ten most horrifying Age of Sigmar models! There’s absolutely no real metric behind any of these picks. And no, they aren’t all Nighthaunt. 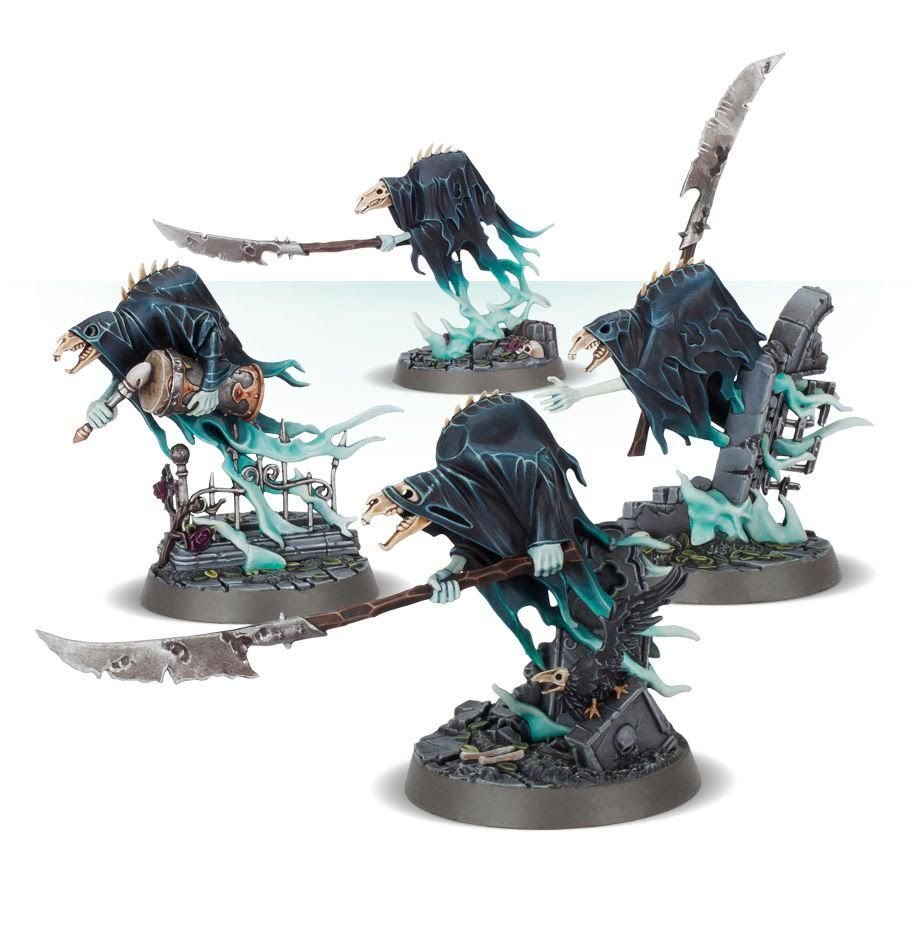 I said they wouldn’t ALL be Nighthaunt. The Glaivewraith Stalker is a disturbing mixture of a ‘normal’ Nighthaunt ghost and the Mari Lwyd. It’s blade always points at its victim as it floats gradually towards them, so essentially it’s the Tonberry of the AoS universe as well. 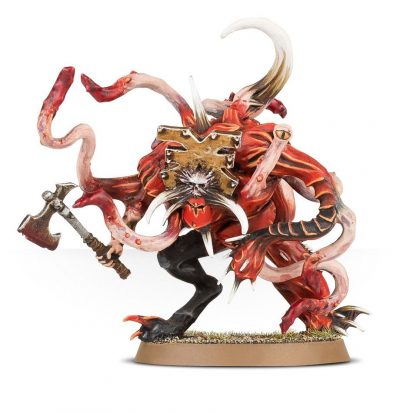 You think you’re doing well as a servant of Chaos. You’ve slain your enemies, beheaded their champion, and now you stand upon a pile of corpses to reap your reward. Unfortunately, your reward is being painfully mutated into a writhing mass of tentacles, teeth, and eyes. You feel every second of your flesh tearing and bones cracking into your new form as your screams become gurgling roars. Thanks but I’ll just worship Nagash instead. 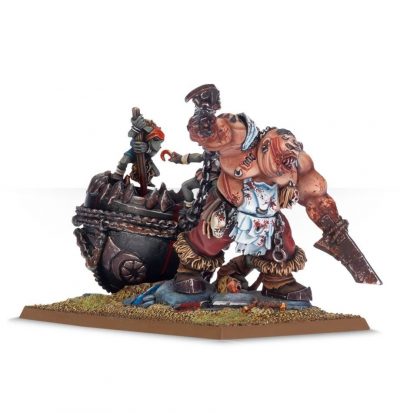 Destruction doesn’t have much in the way of horrifying models, but the Slaughtermaster more than makes up for it. Anyone who’s willing to cut off their own limbs and replace them with rusty cooking implements is a bit off, but then to drag a cauldron of body parts around by giant meat hooks through your own skin? That’s dedication to being the weirdest guy at the cookout for sure. Also he has a skull for a nipple ring. 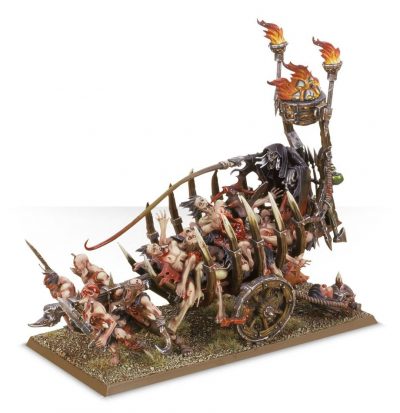 The only thing more horrifying than a cart full of writhing zombies is how often people yell ‘Bring out yer dead’ while pushing it around. 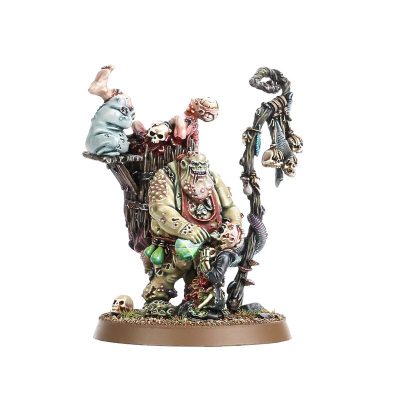 Ok, so if gross horror is your thing, it would be easy to pack this entire list with just Nurgle. But Festus takes it a step further with just how much spoop is packed into his tiny model. Backpack full of dissolving corpses? Check. Potion being force-fed to a screaming victim while his insides rot out? Check. Fincast? Check. Truely a horrifying entry. 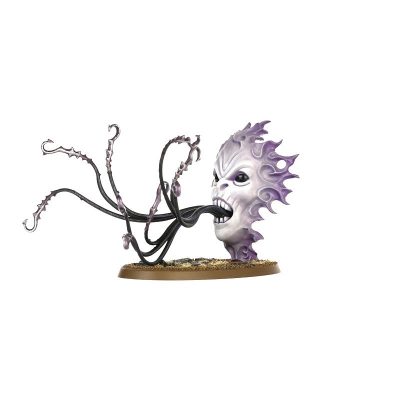 I don’t want this thing anywhere near me. Next. 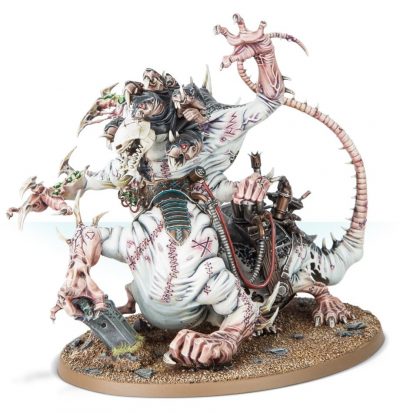 Normally, Skaven are more horrifying in concept than in actual model (it doesn’t help that some of the models have been able to vote in the last three presidential elections) but the Hell Pit Abomination more than makes up for it. A giant, writhing mass of sewn-together flesh and heads would be enough, but then someone went and jammed a bunch of metal claws into it. 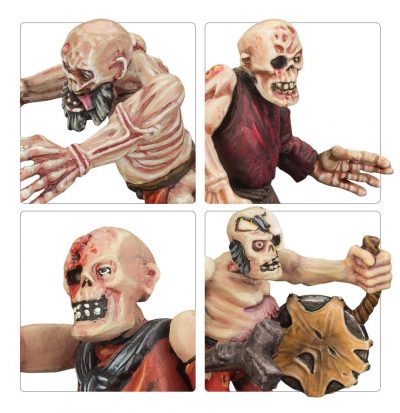 Being made into an undead shambler in the Warhammer universe activates Big Head mode, making your enemies headshots land that much easier. Spooky! Luckily, it also turns on Big Hands mode, so you can finally palm a basketball. Special shout out to the guy banging a face stretched over solid piece of metal because thats exactly the kind of stupid non-functional instrument a zombie would come up with.

Wait, does the zombie musician know he’s the musician? Who decided that? Does the necromancer who just raised a few dozen corpsewalkers decide “Oy mate, you look like you can still keep a beat” and then give him a facepan on a rope, which I assume someone had to make beforehand? And why is it seriously one of THE BEST musician units in the game? Seriously, look at this:

Most factions would kill for a guaranteed 6” charge, but these losers get it just for slapping a bone against a face. 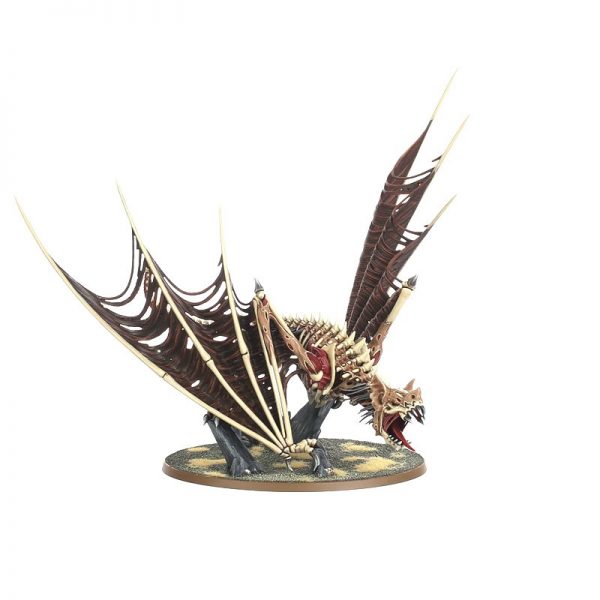 Like the Skaven, the real horror of the Flesh Eater Courts is generally more in their lore than the models themselves (unless you just dump a bucket of Blood for the Blood God on them) but the Terrorgheist kit is a special type of scary. With a pose like an animal hunting for prey and plenty of necrotic flesh over bone, it properly conveys the nightmare one of these would bring to a life-sized battle. 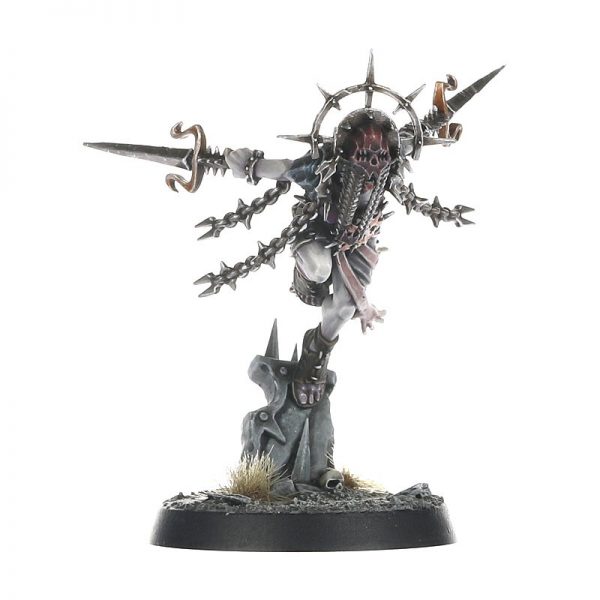 They cut off their own faces and wear them on their belt. If that wasn’t enough, this particular fellow has a dashing sash made of human arm skin, complete with hands. I imagine it’s kind of like those scarves with the built-in gloves.