Game’s Workshop delivers a little Christmas cheer in the form of a new box and battletomes!

Matching up with rumors that have been swirling for months, Games Workshop announced a new 2-player box set for release in January. The kit pits the technologically-industrious (and more than a little greedy) Kharadron Overlords against the arcane master of magic, the Disciples of Tzeentch. Even better, the box will release alongside two updated battle tomes! Both the KO and Tzeentch books are starting to show their age (and lets face it, KO hasn’t been a viable contender in years really) so this comes as great news for fans of these forces.

In keeping with their tradition, the box will also feature two new sculpts: 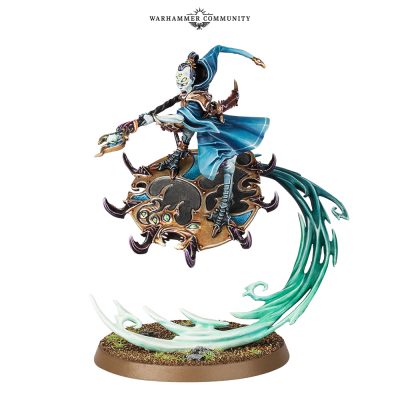 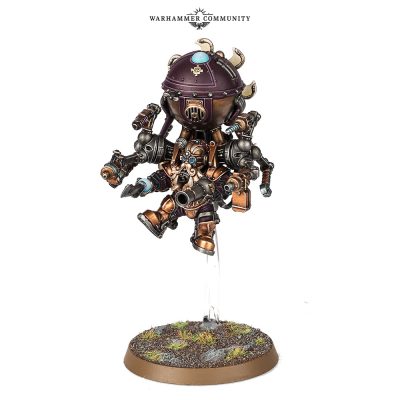 The Magister on Disc of Tzeentch spirals in with a wicked-looking pose. Apparently his forte will have something to do with turning opponents into Chaos Spawn. Maybe he’ll find a place with some Gavespawn lists as well alongside those Skyfires?

The KO hero, the Endrinmaster with Dirigible Suit, is not only the first unnamed flying KO hero (finally, a place for artifacts), but also seems to have brought every gun he could. Seriously, even his guns have guns. 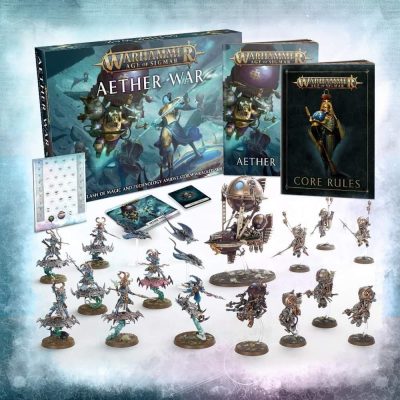 The box comes with a surprisingly low model count, but it does hint that both of these armies will likely have ‘Battleline IF’ requirements added into their list building. For KO in particular this would be a huge benefit, as they currently only have one in-faction Battleline option.

While we don’t have any more details on the books besides an image, GW will likely release more information starting this weekend. Aether Wars and the two new battle tomes are currently scheduled for a January 2020 release.