One of the biggest updates to a faction in Broken Realms was the ability for Stormcast Eternal players to declare they will play as a Stormkeep army. While doing so gave a much needed boost to Liberators and allowed Cities of Sigmat units to be included in a SCE army, it unfortunately took away their signature ability of being able to teleport in from the sky. However, starting with the Ven Brecht’s Black Watch box, you can have your Liberator cake and teleport it too! This list is build around a quick, decisive flurry of attacks, designed to cripple your opponent before they even get a turn.

Stormcast lists usually have a somewhat difficult time getting to a low drop count, as they suffer from a lot of expensive battalions with little real benefit. Stormkeep options, however, have turned that weakness right around. This list is a sneaky 2 drops total, pretty much guaranteeing that you’ll get to decide who takes the first turn. In most cases, it’ll be you, because you’ll want to unleash a ridiculous amount of shooting at your enemies weak spots. 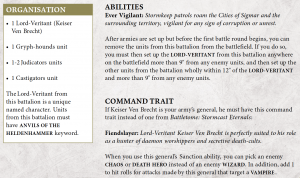 Lord Veritant (Ven Brecht) – The main man himself, Ven Brecht wields an upgraded lantern that can blast a nearby hero with mortal wounds. Unfortunately, being a named character, he can’t take an artifact, but he still picks up the prayer of Translocation, allowing him to redeploy a unit within 9″ anywhere on the table, which is integral to helping this list take objectives. Plus, he hits Vampires harder, which feels like something that will matter a lot more in the next few months.

Lord Veritant – The unnamed version gets stuck with Soulthief, the default Anvils artifact, but he’s also going to be able to throw out a prayer of Divine Light on a enemy unit, giving your archers the ability to re-roll 1’s to hit.

Judicators – The main punch of your list, Judicators are still some of the best shooting available in the game. With a whopping 24″ range and the Skybolt Bow exploding into D6 hits on a 2+, the collective firepower of 30 of these lightning archers can even bring down a Mega-Gargant in one salvo.

Castigators – Mostly here because they have to be for the battalion, they can provide a surprisingly nice amount of extra shooting damage, especially at a rend of -2. You’ll likely use them to grab objectives and finish off weakened units after the initial assault.

Liberators – It’s 2021, I don’t have to tell you what Liberators do. But with the extra +1 to save, they’ll do it a little longer, and protect your big pile or shooting.

Gryph Hounds – Solid objective grabbers or screens, your opponent will be forced to waste their energy dealing with these good bois. Each unit of 6 is a whopping 18 wounds, and while they may have no save, they can tie up a low-damage unit while you…you guessed it, shoot them to death.

Thanks to the awesome ability of both battalions (they are basically the same with a few minor changes) you’ll be able to redeploy your entire army after setup, anywhere outside of 9″ of an enemy and wholly within 12″ of their respective Lord Veritant. Against an opponent with a lot of melee (Ironjawz, Ogors, etc) you’ll probably want to screen with the Hounds first, followed by Liberators, and then your shooters. Using the Anvil’s command ability, one set of Judicators will get to fire in the hero phase, which means that in total you’ll be throwing at minimum 40 shots at 24″ with -1 rend. If you’re facing something a little more squirrelly, use the two free Hounds and the larger packs to secure backline objectives, forcing your opponent to deal with either chasing them down (and getting shot to death) or trying to plow through your Liberators (while getting shot to death). Once your lines start to falter, your teleportation prayer can relocate a unit out of harm’s way, or just far enough out to snag an objective. While this list might have trouble with very fast factions like Idoneth and Slaanesh, you’ll hopefully bring enough firepower that even they fall in a hail of arrows. Only the faithful! 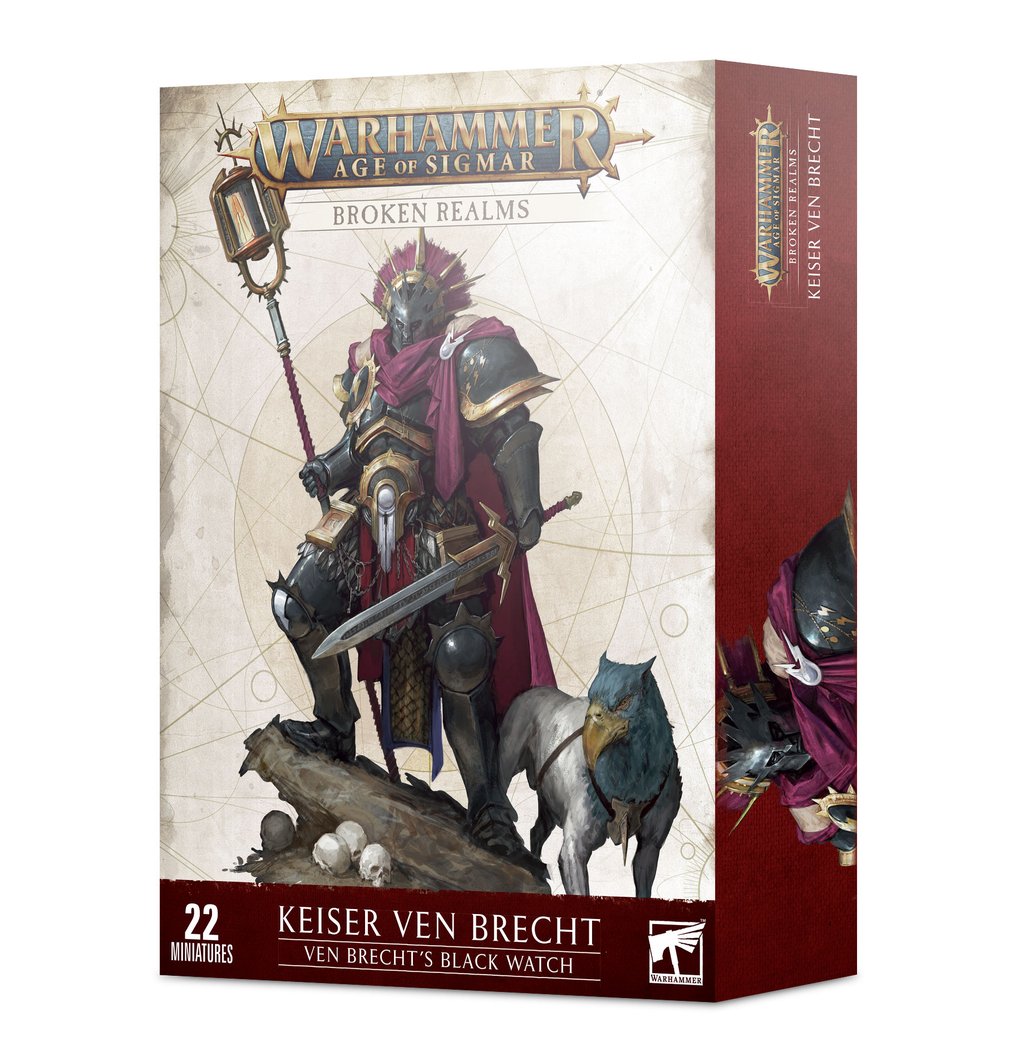