Morathi is a dick, but she does have a real neat book. And it came with a bunch of updates to our favorite fish people – the Idoneth Deepkin. So, let’s build a list with a fun new battalion and two of a particular model that got a MASSIVE warscroll update. 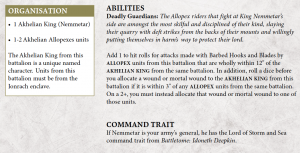 Akhelian King (Nemmetar) – Couple of good things and one bad thing. He’ll provide a +1 to hit rolls for your Allopexes as long as you keep them wholly within 12” and he’s gonna shift wounds onto the Allopexes on a 2+ as well so he’s definitely going to stick around. Oh and that’s even if anything can actually hit him since he’ll also give -1 to any enemy units within 3” of him thanks to the Voidchill mount trait. The bad thing is he’s named so he can’t take an artefact and make himself into a true haus.

Isharann Soulrender – The real skill of the Soulrender is its ability to bring your thralls back to the battlefield. One goes with the big pack and the other can go with the two smaller packs. Shove it in the middle to get that sweet “look out sir” and to keep the 12” wholly within bubble good to go.

Namarti Thralls – Battleline units! Or as they are referred to in this army, objective holders. Thralls have a pretty decent attack profile and can hold their own in a fight, but are sort of a like a wet napkin on the defensive side of things. Best bet is to wait until turn three when High Tide is active so everyone gets to attack before your opponent.

Akhelian Allopexes – These bad boys also got a really nice warscroll update too! They have a good mix of shooting of melee, are a bucket of wounds comparatively and have a +4 save. Don’t sleep on that Retarius Net Launcher either. I’d have a least one in the unit since on a hit to the enemy unit (doesn’t even have to wound or do damage) it cannot make a pile-in move in the same turn. 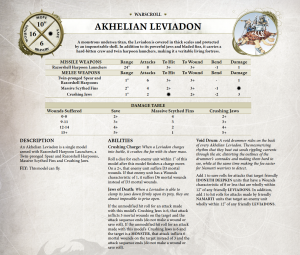 Besides the 2+ save and the very strong attack profiles, the best part of this is that because it’s an Idoneth Deepkin army if you stick the Leviadons at the front any shooting attacks have to target them because they are the closest enemy unit. We’ll also toss a mount trait on one of them to take -1 rend attacks to -0 rend making it even more difficult to take these giant turtles. And if you keep your Namarti Thralls nearby they will also get stronger because the turtles are there.

Think of your army as three distinct unit groups. The Nemmetar and his Allopexes, one Leviadon with Thralls and a Soulrender, and the other Leviadon with the Thralls and Soulrender. Like a lot of Idoneth armies you’ll be biding your time, until the third battle round where you’ll be looking to drive the full force of your army into the opponent. But you will have opportunities to mix it up a little earlier in the fight as well and hopefully pick off some units to ease that final push a little better. It’ll take some practice to really gauge how near are far you’ll want to keep your units from your opponent, but with some proper planning you’ll be able to ride that wave to victory. 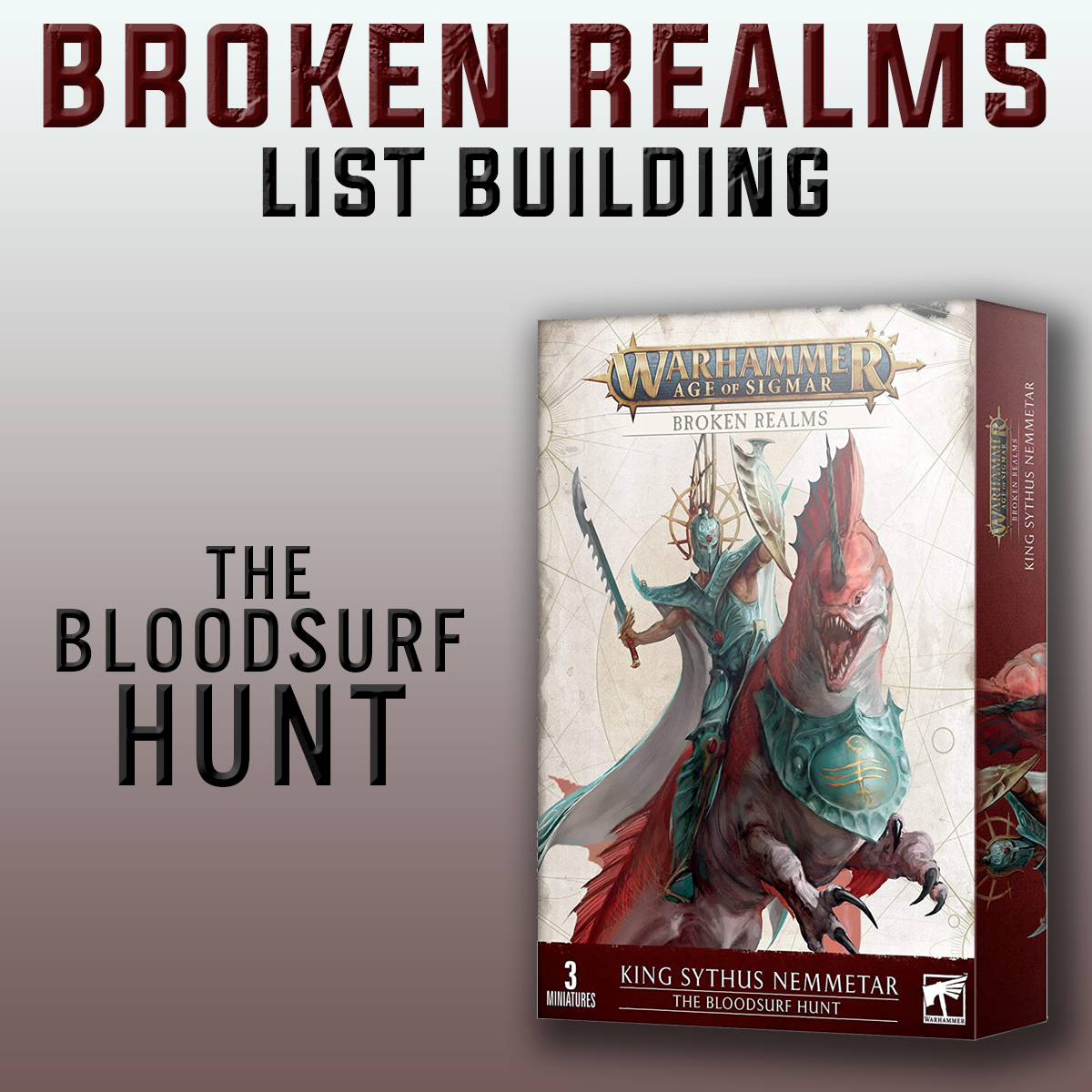